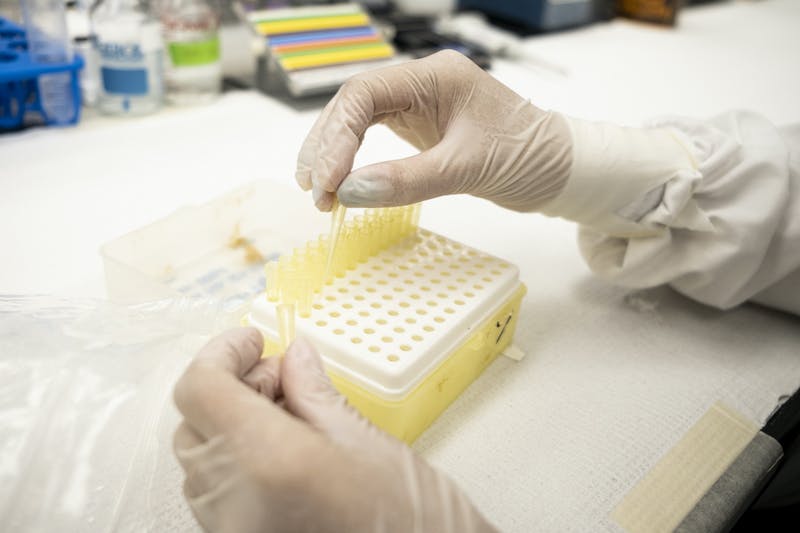 Thousands of volunteers, immobilized by the COVID-19 lockdown, recently revived a wealth of historic rainfall records from the UK and Ireland. Manuscript records note the rainfall sightings of landowners, socialites, and an array of enthusiastic citizens dating back to the late 17th century. Computer software cannot yet accurately decode handwriting, so human eyes were essential.

researchers with the Rains Rescue Project commissioned volunteers to manually transcribe 3.34 million observations to make the data available to scientists to study Earth’s past climate.

“We expected it to take months,” said Ed Hawkinsclimatologist at the University of Reading and lead author of the recently published study describing the effort. “We did it in 16 days.”

The documents contained enough data to extend detailed weather records back to 1836. In doing so, the researchers capped the driest new year on record for the region: 1855. “We rewrote the record books, if you will said Hawkins, “backward, not forward.

High-resolution weather reconstructions combine weather observations with algorithms describing atmospheric physics to iteratively produce a near-hourly estimate of the global climate over the past decades or even centuries. They are a time machine for climatologists looking to assess long-term trends or interrogate past events. Historical data such as that recovered from the UK and Ireland can help validate a reconstruction, said Laura SlivinskyNOAA physicist and co-leader of the Twentieth Century Reanalysis Project (version 3), which generated a global atmospheric weather dataset covering the period 1836-2015.

Historical data documents some particularly extreme events, and it can help scientists understand why and how such events occur, said Drew Lorey, a climate and environmental scientist at the National Institute for Water and Atmospheric Research in New Zealand. “It’s really powerful because we can then look in our modern models for similar patterns that increase in the coming months and use that as an early warning system.”

Records from the past decades show that extreme weather events are becoming more frequent. “People have to make decisions now about building resilience to the weather in general and how that weather is changing,” Hawkins said. “We need to know what a 1 in 100 year or 1 in 200 year flood looks like.”

Holes need to be filled

Climate reconstructions rely on a huge database of observations, most of which comes from the decades following the proliferation of satellites. Prior to this date, the data is patchy. “The further you go back in time, the fewer observations you have, the more work those observations have to do to bring the whole global estimate closer to reality,” said Slivinski, who did not participate in the recent study but works with Hawkins and Lorrey. on other projects.

Gaps in climate databases are particularly glaring in the Southern Hemisphere, where there is less land from which to make observations, Lorrey explained. These data rescue efforts are key to closing the gaps, he said.

Lorrey, who did not participate in Rainfall Rescue, leads the Southern Weather Discovery Project, which retrieves early 20th century weather records from stations in New Zealand and Antarctica and logbooks from ships sailing in the Southern Ocean. He and his colleagues described their approach to crowdsourced document scanning in an article published in Grounds. Volunteers have digitized nearly 250,000 sightings of the region to date.

Although data quality is a concern for the Rainfall Rescue and Southern Weather Discovery records, the numbers are strong, said Kevin Trenberg, a climatologist at the National Center for Atmospheric Research and lead author of the 2001 and 2007 reports of the Intergovernmental Panel on Climate Change. “An observation not made is lost forever,” he said. “And here a lot of sightings have been made.”

Outsourced weather data has benefits beyond science. Rainfall Rescue volunteers took to the project’s forums to talk about interesting notes they found in the archives, such as an entry from World War II that mentioned a bullet hole in the rain gauge. Sharing their experiences helped volunteers feel part of a community, Hawkins said. “There are so many great comments on message boards about people feeling helpful.”

Modern precipitation observers continue to provide valuable data. Ongoing initiatives such as the Community Collaborative Rain, Hail and Snow Network (CoCoRaHS) have been collecting precipitation data from volunteers in the United States for more than 20 years. The project gives people an outlet for their weather curiosity, said Melissa Griffinthe South Carolina CoCoRaHS coordinator.

And CoCoRaHS volunteers provide more than just numbers; reports filed during Hurricane Matthew in 2016 include comments about flooded streets and where animals moved to escape rising rivers. This information is valuable for distributing resources in an emergency or for estimating future water resources, Griffin said.

Text © 2022. The authors. CC BY-NC-ND 3.0
Unless otherwise stated, images are subject to copyright. Any reuse without the express permission of the copyright holder is prohibited.

Previous Quantum is no longer science fiction, it’s here and now
Next Sci-fi and fantasy readings on the beach