We all had the same science lessons in high school. We’ve learned how to dissect a frog and that mitochondria are the powerhouse of the cell, but they haven’t taught us everything. Whether you’re feeling a little nostalgic for your high school science class or just need some random new facts for your next conversation, here are some science facts that will absolutely blow your mind.

We all know that helium in its gaseous form is lighter than air: it fills our balloons and makes our voices squeak. Did you know that it also has anti-gravitational properties when in liquid form? Supercooled helium has two different liquid forms.

The first type, Helium 1, occurs between -455 and -452 degrees Fahrenheit, where it is almost impossible to see. The second type happens when it’s colder than 2.18 Kelvin and that’s when things get weird.

Helium supercooled below 2.18K ceases to obey the laws of gravity. It turns into a superfluid that can climb up the walls and come out of its container. Supercooled helium is as close to a frictionless material as we have discovered so far.

DNA isn’t the kind of substance you normally associate with flame retardant, but researchers have found that treating cotton fabric with DNA made it more flame retardant.

This is due to the DNA itself. DNA molecules contain phosphate. When heated, phosphate replaces the water naturally present in cotton fibers with phosphoric acid, which is more heat resistant than fibers alone. Now, we’re not suggesting treating your tissues with genetic material, but it’s a nice little treat to ditch at the parties.

The average human body contains between 1.2 and 1.5 gallons of blood. That’s why you can give a pint every now and then without hurting yourself. However, you wouldn’t want a baby to donate blood. When a newborn is born, it only have 0.007 gallons of blood in their body, assuming the baby weighs eight pounds at birth. That’s less than an ounce of blood!

Do you remember the Pythagorean theorem? A squared plus B squared equals C squared to find the hypotenuse of a triangle. It’s probably one of the few things you remember from your algebra class because your teacher spent so much time shoving it in your head.

Instead of doing the math, you can prove the theorem with water. All you need is a triangle, three square containers the same thickness as the triangle, and a circular platform to attach them. By filling both sides of the triangle with water – A and B – then turning the platform upside down, the water on both sides will exactly fill the container on the third side – side C.

Watch it here if you don’t believe us.

We all know cats always land on their hind legs, but it’s not just because of some crazy magic, it’s because of physics.

When you drop a cat, it instinctively retracts its front legs and extends its rear legs. This creates positive body rotation in the front and negative body rotation in the back. Essentially, the cat can use the two parts of his body separately to make sure he always lands on his feet. By creating two different types of spin, it can spin in the air very quickly. With the front legs turned down, it can easily pull its rear legs into the right position to allow it to land on its feet.

We’ve all had a brain freeze at one time or another – you drink a cold drink or eat an ice cream cone too quickly, and you have an instant headache. Here’s a nice little treat to drop into the conversation, but it will take a bit of practice to get it right.

Repeat this – Ganglioneuralgia sphenopalatine. That is to say scientific name for that brain freeze that causes headaches. If you do get one, press your tongue against the roof of your mouth to reduce the pain and get back to your frozen treat much faster.

No one likes being bitten by a spider or being stung by a bee unless you are an addict. The title may make you think of a 90s comic book supervillain, but the toxin is a new kind of science trying to turn the venom of snakes, bugs, and arachnids into pain relievers.

Fortunately, you don’t have to be bitten or stung to experience the benefits of these pain relievers. Just take a pill or take a shot and you are good to go. If you ever need a really exciting job title for your first blind date, think call you a toxiner – just make sure you know enough about the topic to back it up.

There is nothing worse than dropping your phone in the bathroom. Even if you have a waterproof case on it, it’s still gross. Thanks to some scientists, you might want to drop your phone in the toilet more often. New research has now found a way to charging cell phones while peeing in an electric battery designed to use minerals from your urine to generate electricity.

About 2.5 cups of urine is enough to charge a cell phone for three hours. Kill two birds with one stone by charging your phone in the bathroom without ever having to plug it into the wall.

Always wanted to explore an awe-inspiring underwater environment, but felt bored of having to keep searching for air or lugging around a big tank of oxygen? Scientists have discovered an oxygen nanoparticle that allows you to live up to 15 minutes both without breathing.

It’s not like injecting oxygen into your bloodstream, which is stupid and could kill you if the bubbles reach your heart or brain. These particles are suspended in a liquid but carry enough oxygen so that the injected rabbits can survive for up to 15 minutes with their airways blocked. This is not a permanent solution – fresh nanoparticles need to be infused into the bloodstream at regular intervals to ensure that there is enough oxygen for the body to keep functioning. However, holding your breath for ten minutes or more could be a great party trick!

Dance in the rain

We all try to eat a healthy diet and take supplements on a daily basis to make sure we get all the vitamins and minerals we need to stay healthy. Instead of taking that vitamin B12 supplement, why not just dance in the rain?

Rain is the last part of the water cycle – water falls, is absorbed into the soil where it takes up natural vitamins and minerals, then evaporates in heat and sunlight before returning to the ground. rain. Scientists have found that microorganisms in the air and on surfaces such as roofs can create vitamin B12 as a metabolic by-product.

It may not be enough to supplement your diet or replace your vitamin pills, but do we need an excuse to get out and dance in the rain? 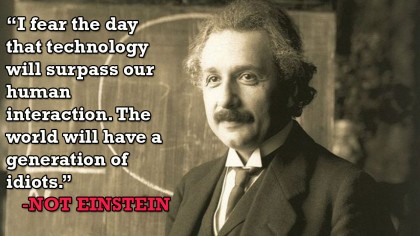 Sunflowers are beautiful. Their bright yellow flowers reach five feet or more in the air, and their seeds are some of the tastiest snacks. These beautiful plants can and are also used to cleanse radiation.

Sunflowers are known as hyperaccumulators in the scientific community. They absorb large amounts of chemicals or toxic materials and store them in their tissues. These chemicals are stored in the stems and leaves of plants. They grow so fast that a field contaminated with radioactive material can to have cleaned in three to four years.

It may take a little longer than traditional cleaning methods, but it is much easier to get rid of a field of sunflowers than it is to dig up and move contaminated soil.

When you fold a sheet of paper in half, you double its thickness. The medium piece of paper is approximately 0.0039 inch thick. Bending it ten times gives it roughly the thickness of your hand. If you could bend it 23 times, the thickness increases up to a kilometer. 30 folds put you in orbit 100 kilometers away. 51 folds will reach the sun, and you will get a piece of paper larger than the observable universe with 103 folds.

Are you not happy that you can only fold a piece of paper eight times?

If you have nothing to say at your next party, you weren’t looking for enough. Go ahead and re-read this article – we’ll wait. Hope you have learned something new and have some interesting facts in your arsenal to wow your friends and wow them.